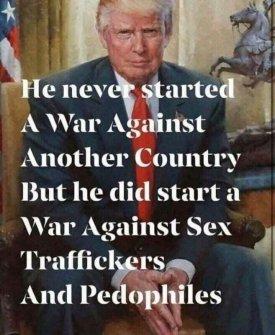 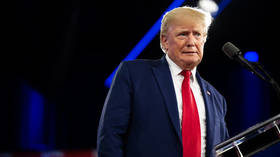 File photo: Former US President Donald Trump at the CPAC in Dallas, Texas, August 6, 2022 © Brandon Bell/Getty Images
FBI agents raided Donald Trump’s residence in Mar-A-Lago, Florida on Monday, in a move the former US president called “political persecution.” While the Justice Department has not officially commented on the operation, several major US news outlets reported the raid may have been related to boxes of classified documents Trump took with him from the White House, citing “persons familiar” with the matter.

“These are dark times for our Nation, as my beautiful home, Mar-A-Lago in Palm Beach, Florida, is currently under siege, raided, and occupied by a large group of FBI agents,” Trump said in a statement released around 7 pm Eastern Standard Time on Monday, adding that “nothing like this has ever happened to a President of the United States before.”

According to Trump, the raid was “unannounced” and the agents “even broke into my safe.” He called the operation “not necessary or appropriate,” branding it a “weaponization” of the justice system by Democrats who “desperately” don’t want him to run for president in 2024.
“What is the difference between this and Watergate...?” Trump asked, referring to the 1972 break-in at the Democratic National Committee office in Washington. The scandal eventually forced President Richard Nixon to resign. 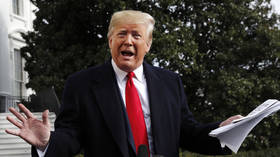 The New York Times confirmed that the FBI raided Mar-a-Lago, but said Trump was not there at the time. The “search”took place on Monday morning, the outlet claimed, citing anonymous sources. The same sources suggested that it was focused on 15 boxes of materials, including “many pages of classified documents,” that Trump took with him after leaving the White House in January 2021. A White House official told CNN it was not notified about the search.

While the former president’s statement did not mention any materials, he did bring up the fact that Hillary Clinton, as a former first lady of the US, had taken “antique furniture, and other items from the White House” and was not prosecuted for deleting over 30,000 emails even after they were subpoenaed.
He accused the US “establishment” – all three branches of government that are currently led by Democrats – of hating him and trying to stop him and the Republican party with “lawlessness, political persecution” and a “witch hunt.”
One of the authors of the NYT article was Maggie Haberman, who earlier in the day promoted her upcoming book about Trump by claiming he had shredded government documents and had them flushed down a toilet while president. Haberman was the reporter mentioned as a “friendly journalist” by Hillary Clinton’s 2016 presidential campaign staff, according to emails from the team manager John Podesta published by WikiLeaks. 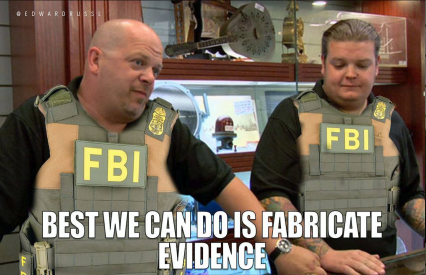 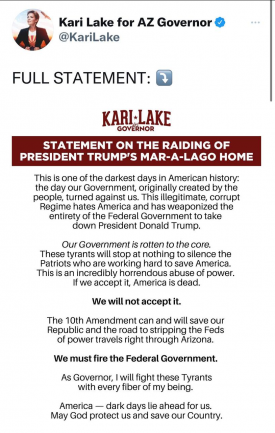 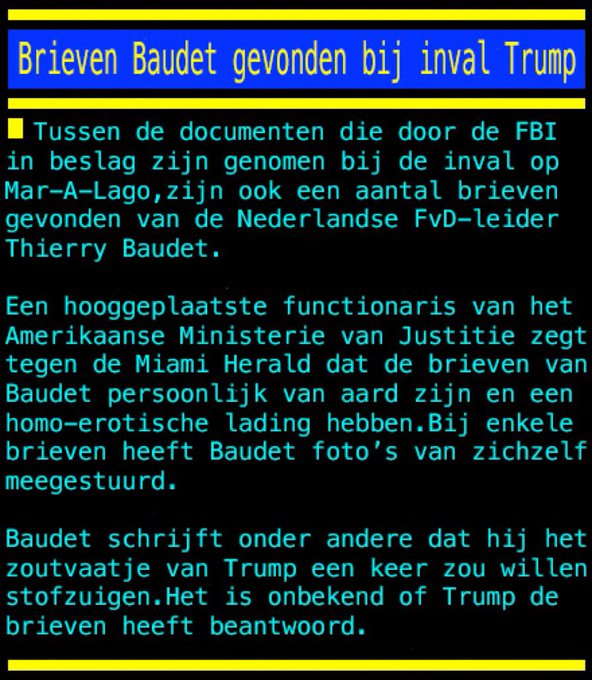 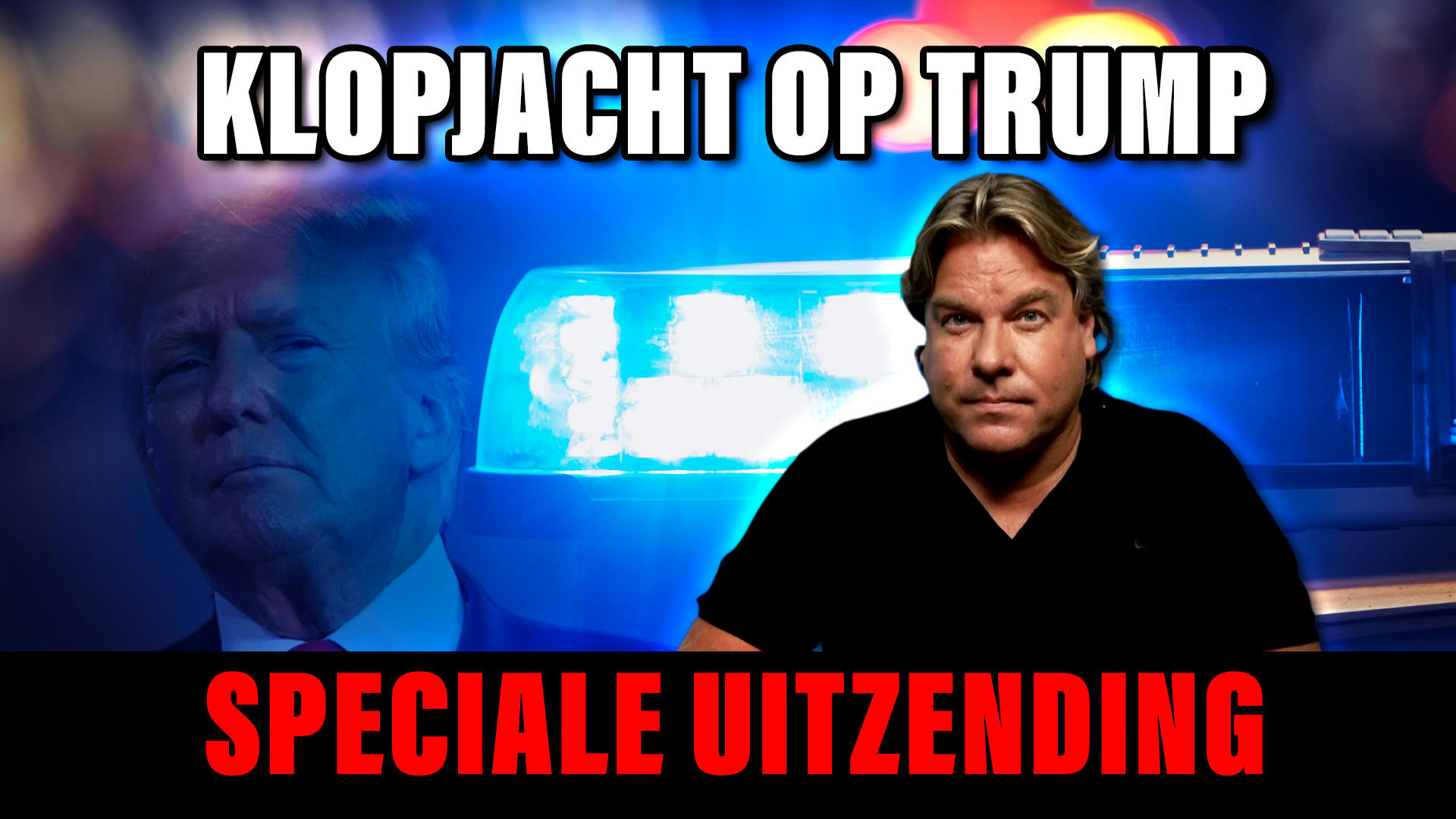 Truth Social on Instagram: "WE WILL WIN BECAUSE WE KNOW HOW TO WIN!! THE BEST IS YET TO COME !!!! @truthsocialclub" 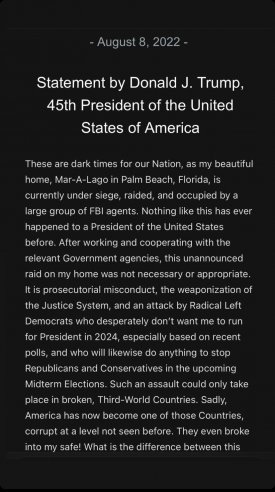 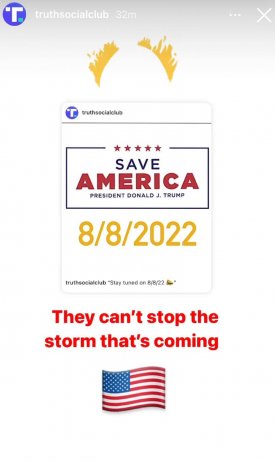 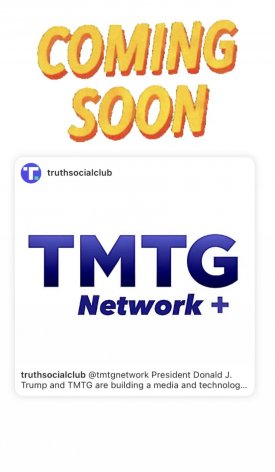 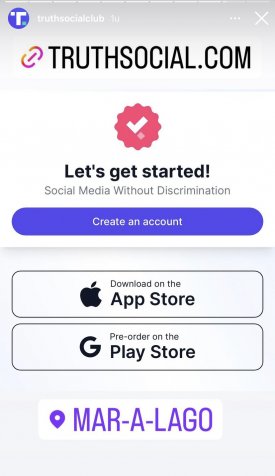 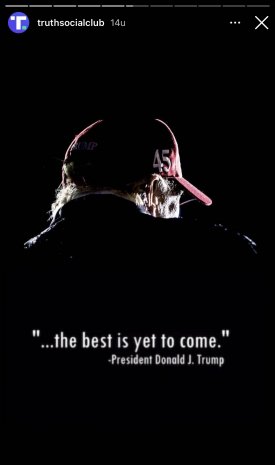 Look at the smirk on this CNN anchor's face as she announces that Trump's house is being raided.
This isn't going to end the way they think.
True justice is coming.


CNN is interested in Trump's safe. Speculation is occurring on whether or not this has to do with the missing documents from the National Archives. 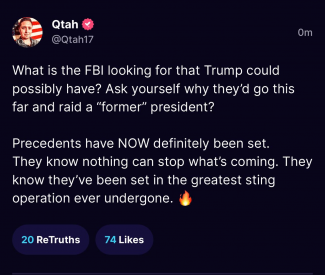 I, for one, am excited they Raided Mar a Lago.

Anything they Find , needed to be found.

(How do you inject evidence legally)

It boomerangs back on them EVERY SINGLE TIME. (Yet they still try) ((because they have to))


Trump supporters now arriving outside Mar-A-Lago to support Trump after the FBI raid. 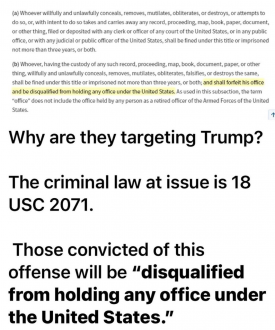 Hat tip @techno_fog for this statute

Probably trying to frame Trump with document destruction/removal so he can never hold office again.

3) Later in the day, Feds raid Mar A Lago and “go after Trump’s safe” after narrative is set by fake newsers

The security cameras at Mar A Lago better not pull an Epstein, if the Feds try to plant any documents there we need to see it!


Eric Trump:
"There is no family in American history that has taken more arrows in the back than the Trump family"

"Friend/Patriot - hold your head up high.
POTUS was not harmed in any way today other than on paper (history books).
Sometimes you must sacrifice yourself for the greater good.
"I will gladly take all those slings and arrows for you." - POTUS
But, even that, can be undone.
The enormity of what is coming will SHOCK THE WORLD.
Pray.
Q"

The enormity of what's coming will shock the world.


Listen to Eric Trump perfectly explain what we are watching play out.

“They will do anything they can to take him out, to take me out, to take Don out, to take Ivanka out, to take our family out… They make our lives hell every single day because they are threatened by Donald J. Trump…

I’m saying for the first time: I hope he he goes out and beats these guys again because honestly, this country can’t survive this nonsense…”

After explaining how their lives have been made hell, they STILL want to fight back. 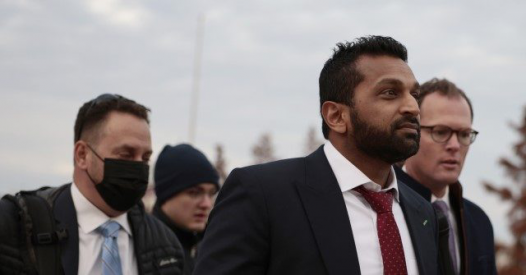 May 5th, in this Breitbart article @Kash helped break the news that documents at Mar-A-Lago marked 'classified' were actually already declassified. 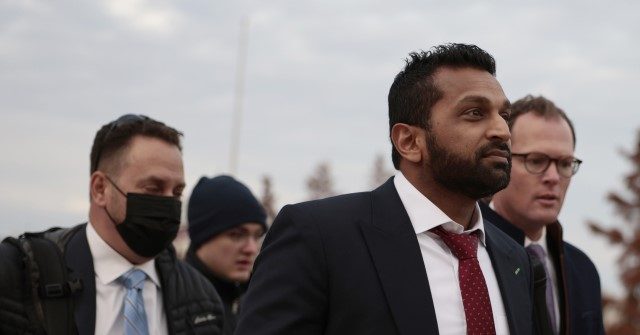 Patel said the documents marked classified at Mar-a-Lago and seized by the National Archives in February were already declassified by Trump.