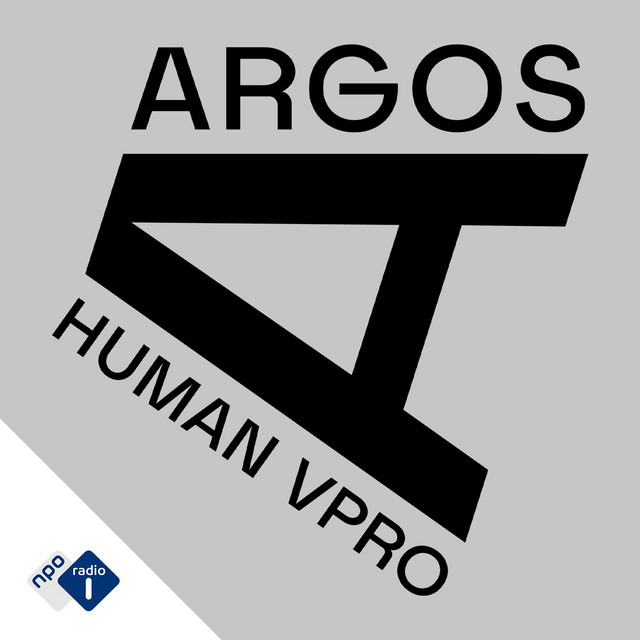 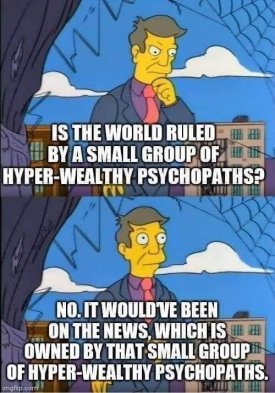 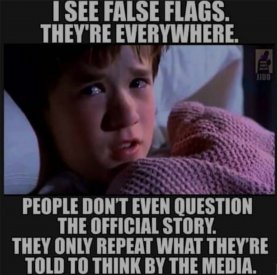 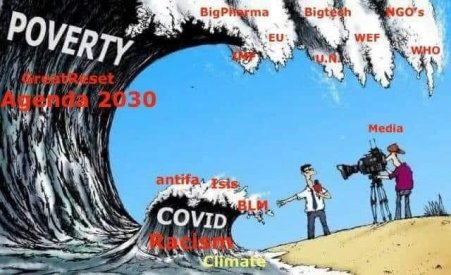 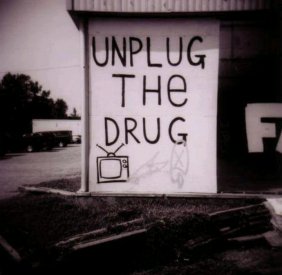 In 2000, everything about Bill Gates’ public persona changed. He morphed from a hardnosed and ruthless technology monopolizer into a soft, fuzzy and incredibly generous philanthropist when he and his wife launched the Bill & Melinda Gates Foundation.

It was a public relations coup meant to clean up his image after a near-brush with annihilation of his company two years earlier. May 18, 1998, the U.S. Justice Department, in collaboration with 20 state attorneys, had filed an antitrust lawsuit against Microsoft. At that time, the company was 23 years old and was ruling the personal computer market. The Seattle Times described the fallout from the antitrust lawsuit:

“The company barely escaped being split up after it was ruled an unlawful monopolist in 2000 for using its stranglehold on the PC market with its Windows operating system to cripple competitors, such as Netscape’s Navigator Web browser.”
Klik om te vergroten...

How would the world be different today if the company had been split? Yale law professor George Priest described the antitrust lawsuit as “one of the most important antitrust cases of its generation.”4 In 2002, a court settlement placed restrictions on Microsoft to curb some of its practices for five years.

It was later extended twice and then expired May 12, 2011. The lawsuit had a dramatic effect on “the emergence of an entirely new field called IP (intellectual property) antitrust,” Iowa law professor Herbert Hovenkamp told the Seattle Times.

By June 2020, in the middle of a global pandemic, the Gates Foundation’s donations totaled 45% of WHO’s funding from nongovernmental sources. Once mainstream media’s attention was no longer on Gates’ antitrust activities and focused on the philanthropist actions of the foundation, Gates publicly turned his attention to vaccinating the world, long before COVID-19.

In a deep dive into the Gates Foundation’s charitable donations, The Nation found there were $250 million in grants to companies where the foundation held corporate stocks, including Novartis, GlaxoSmithKline, Merck, Sanofi and Medtronic. The money was directed at supporting projects “like developing new drugs and health monitoring systems and creating mobile banking services.”

What Gates had discovered was an easy path to political power, allowing him to shape public policy without being elected to office. In other words, favorable headlines could be bought with charitable contributions. One event that Gates has personally supported and participated in was Event 201.

Writing in The Defender, Robert Kennedy Jr. describes the exercise that Gates organized in October 2019. Many high-ranking men and women with governmental authority participated in Event 201, which coincidentally simulated a worldwide pandemic triggered by a novel coronavirus, just months before SARS-CoV-2, the virus that causes COVID-19, changed the world.

They included representatives from the World Economic Forum, the U.S. Centers for Disease Control and Prevention, Johns Hopkins University Population Center, the World Bank, the Chinese government and vaccine maker Johnson & Johnson. During the event, the group developed strategies to control a pandemic, the population and the narrative surrounding the event.

At no time did they investigate using current therapeutic drugs and vitamins or communicating information about building immune systems. Instead, the aim was to develop and distribute patentable antiviral medications and a new wave of vaccines.

As Kennedy reports, Gates spoke to the BBC April 12, 2020, and claimed these types of simulations had not occurred, saying "Now here we are. You know we didn't simulate this; we didn't practice, so both the health policies and economic policies … we find ourselves in uncharted territories."

Yet, videos of the event are available and Johns Hopkins Center for Health Security released a statement naming the Gates Foundation as a partner in sponsoring the pandemic simulation. It seems strange and alarming that a man with the responsibility of running the Gates Foundation and the powerful influence he has over global public policy decisions had forgotten an exercise he organized only six months before the interview. Or was it deception?

During the pandemic exercise, the global experts “modeled a fictional coronavirus pandemic.” After questions arose about whether the exercise had “predicted the outbreak in China,” Johns Hopkins Center for Health Security released a thinly supported statement, saying:

“… the exercise served to highlight preparedness and response challenges that would likely arise in a very severe pandemic … Although our tabletop exercise included a mock novel coronavirus, the inputs we use for modeling the potential impact of that fictional virus are not similar to nCoV-2019.”
Klik om te vergroten...

The transcript of the fourth simulation shows that the participants discussed communication strategies using dissemination of information and censorship on social media. Communication strategist Hasti Taghi, who works for a major media company and leads strategic initiatives with the World Economic Forum, said:

“So, I think a couple of things we have to consider are even before this began, the anti-vaccine movement was very strong and this is something specifically through social media that has spread.
Klik om te vergroten...

The question the group undertook wasn’t how to communicate the truth about the vaccine development, manufacture and distribution, but rather how to “communicate the right information to ensure the public has trust in these vaccines that we’re creating?”

The issue of gaining public trust to take a vaccine was significant in this simulation, even though the U.S. population is well indoctrinated in the perceived value of annual flu shots and childhood vaccinations. In fact, the Centers for Disease Control and Prevention has a list of 26 different types of vaccines currently in use in the U.S.

In addition to the long list of recommended childhood vaccinations, there are adult vaccines against shingles, tetanus and pneumococcal pneumonia that are routinely given. Why, then, did the global experts in communication and control believe communicating the “right information” would be necessary to “ensure the public trust”?

This was only one of the highly predictive conversations during Event 201 that played out in 2020 as the global COVID-19 pandemic unfolded. George Gao, director-general, Chinese Center for Disease Control and Prevention, predicted:

“By and long, we have more cases in China and also death cases reported. And also, my staff told me that before there's misinformation and there's some belief. People believe, ‘This is a manmade ... some pharmaceutical company made the virus,’ so there's some violations of human ... That is because of this misinformation.”
Klik om te vergroten...

Others agreed with the need for social media censorship as it may pertain to the spread of “disinformation” about the pandemic or vaccines and vaccine injury, without regard to the source. The idea was to remove any information that did not align with the government’s mandates and ideas. Kevin McAleese, who is a communications officer with a Gates-funded agricultural project, said:

“To me, it is clear countries need to make strong efforts to manage both mis- and disinformation … If the solution means controlling and reducing access to information, I think it’s the right choice.”
Klik om te vergroten...

During the ensuing conversation, Tom Inglesby, director of the Johns Hopkins Center for Health Security, replied, “In this case, do you think governments are at the point where they need to require social media companies to operate in a certain way?''

At each step of the simulation, the global “experts” agreed that information censorship through media platforms would be necessary to control the flow of the “right information” in order for people to willingly follow the leader.

What is interesting about the transcript from Event 201 is that what was planned and shared was frighteningly close to what has happened since January 2020. It may have been a coincidence to predict one or two major public health decisions, but it appears that the group was either phenomenally prophetic or they shaped the decisions and events of 2020 from behind the scenes.

From the outside, the driving force behind economically devastating lockdowns, warp speed vaccine development and population control and surveillance strategies has been to “flatten the curve” and lower the death rate of SARS-CoV-2. Yet, as I and others have exposed, when these strategies are analyzed, it’s apparent there is more than what meets the eye.

In July 2020, Yale University announced a study of the trigger words and phrases that would have a higher likelihood of promoting an otherwise individualistic society to quietly follow mandates (not laws) to control behavior. The phrases tested were believed to be most successful at conveying feelings about health, helping others and fear.

The hope was to manipulate behavior in such a way that it lowered the governmental risk for riots and dissidence. The study was conducted by Yale University using 4,000 participants who were randomized to receive one of 12 different messages. After the message, they were then evaluated to “compare the reported willingness to get a COVID-19 vaccine at three and six months of it becoming available.”

The primary outcome of the study was to find the right combination of phrases and messaging that would increase the number of people who got the vaccine. The study began July 3, 2020, and the last participant underwent testing by July 8, 2020. To date, the results of the study have not been published.

The president of the U.S. announced in July 2020 that there would be an “overwhelming” vaccine campaign launched by November 2020. In December 2020, the National Institutes of Health released a COVID-19 vaccination communication recommending behavioral and social science actions that might address vaccine hesitancy and increase the number who take the vaccine, including:

In other words, many of the messages that you’ve been seeing in the media and your doctor’s office have been designed to trigger emotions that would lead you to take the vaccine. These same pressure tactics are not routinely used in the media for some of the more common adult vaccinations including pneumococcal, tetanus, hepatitis or shingles vaccines.

As I've written before, what we lose as a society when we acquiesce to these mandates and controls will be exponentially harder to get back. One of the freedoms we give away is allowing our thoughts and beliefs to be censored on social media without fighting back.

It is essential to safeguard your Constitutional rights and liberties against unlawful overreach, and yet many appear to be willing to give up easily. Although the government has a duty to protect the health and welfare of its citizens, this must be balanced against the loss of civil rights and liberties.

We’re currently facing a battle of freedom versus tyranny. For example, multiple studies have demonstrated that long-term lockdowns are clearly not in the public's best interest. Instead, it's tantamount to abuse. And yet many have gone along with these mandates, which were not laws.

It's vital to understand that the vast majority of information you consume in mainstream media is carefully designed propaganda that has been crafted from nearly two decades of personal data collected from you.

Although Yale University undertook the study with 4,000 participants for a COVID-19 messaging campaign, that data had been gathered and collated through your use of social media.

As I have carefully identified in many previous articles, this plan will result in a progressive loss of your freedom and liberty that eventually results in tyranny and slavery. It is crucial to be vigilant and seek the truth so that you can understand how to distinguish between fact and a fictional narrative that promises you liberation but eventually enslaves you. 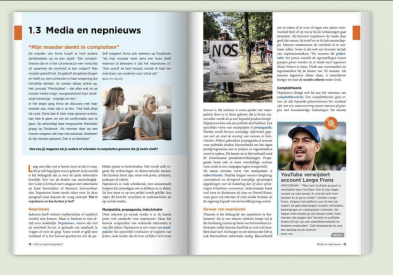 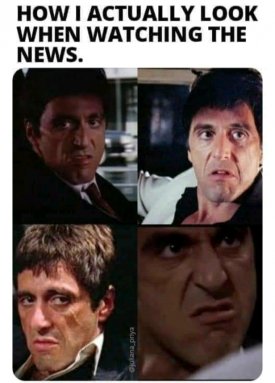 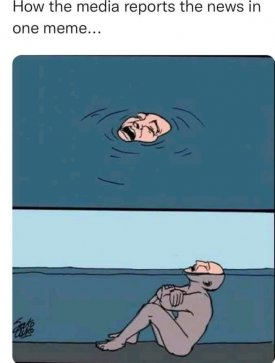 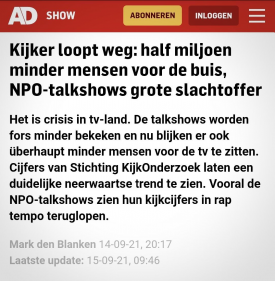 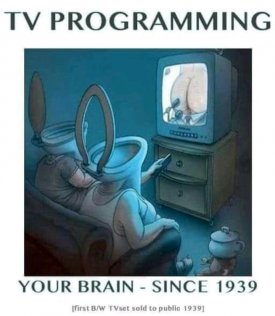